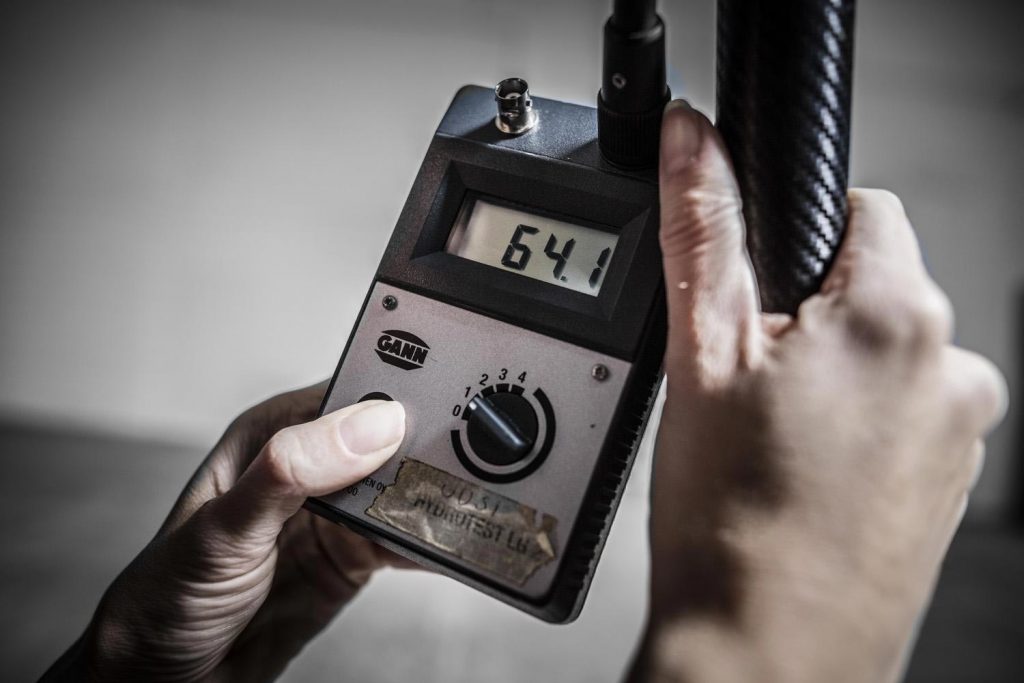 Microbial growth in a building suggests moisture damage. Buildings with moisture damage usually have specific species of mould and bacteria suggesting moisture damage, as well as wood-decaying fungi. The microbial growth can manifest itself as an abnormal smell, visible growth, or through symptoms. Microbiological inspections can be carried out with methods that do not break any structures, such as air samples, deposit samples or surface samples, or by taking samples from the materials. Moisture surveys and air leak route surveys are often carried out in connection with microbiological inspections. The air samples are collected with the so-called Andersen sampler. The deposit samples are collected from dust that has landed on the surfaces. The surface samples are collected from the surfaces with a sweeping method. In these situations, a benchmark sample is also collected from an undamaged area, if possible. Material suspected to be damaged is collected as a material sample.

Chemical impurities in indoor air can manifest themselves as an abnormal smell or through symptoms. Moisture surveys are often carried out in connection with chemical inspections.

Chemical inspections can be used to examine, for example, smelly compounds in the indoor air. Samples are collected from the room air with a sampling pump. The inspected substances include ammonia, formaldehyde, carbon dioxide, carbon monoxide (CO), nitrogen oxides (NOx) and VOC, i.e. volatile organic compounds. Ammonia is created when, for instance, fillers containing casein are exposed to moisture. Chipboard, for instance, can act as a source of formaldehyde.

Carbon dioxide is created through breathing, and large quantities suggest insufficient ventilation. This usually results in air that feels stuffy. Carbon monoxide and nitrogen oxides can be derived from traffic emissions.

Demolition cost estimates are indicative and may change by more than 15% once the destination visit is complete and all details are known. Price includes 24% VAT